Roberta and Julio González are represented with 18 works of art in the exhibition “Picasso and the Exodus. A History of Spanish Art in Resistance,” held at the Abattoirs museum of Toulouse from March 15 to August 25, 2019. Their paintings, drawings and sculptures are displayed alongside artwork and photographs taken by the abstract painter Hans Hartung, Roberta González’s first husband, in a room especially devoted to the wartime creation of the González-Hartung family.

This exhibition, which is inspired by Guernica, held at Paris’s Picasso Museum in 2018, explores the artistic creation of Picasso and other pro-Republican artists in his entourage in Paris. It retraces his political engagement, as well as that of his compatriots like Julio González, which manifests itself most spectacularly in their works presented on the world stage at the Spanish Republican Pavilion during the 1937 World’s Fair in Paris. Like her father, Roberta González’s work also testifies to her support for the Spanish people under fascist attack, often appropriating her father’s favored wartime motif of the Catalan peasant, or Montserrat.

The exhibition shows how they pursue this engagement in their artwork over the course of the Spanish Civil War, and through the Second World War.

The politically-engaged works of artists like Picasso and Julio and Roberta González, who support the Republican cause from Paris, is confronted with those of artists who experience the war on the frontlines in Spain, like “soldier artists” Antoni Clavé and Carles Fontserè. Their military and artistic involvement force them into exile during the Retirada, the exodus of some 500,000 Spaniards following the fall of Catalonia in early 1939 which signals the defeat of the Republic. Many exiled and pro-Republican artists represented in this exhibition benefitted from Picasso’s generous assistance during this difficult period.

The drawings, paintings, sculptures and photographs of Roberta and Julio González presented in this exhibition date from their own exile in the Lot in Southwestern France. The González family takes refuge there ahead of the impending arrival of the Nazis in Paris in June 1940. Hans Hartung, a German antifascist painter and Roberta González’s husband, was wanted by the Gestapo for having abandoned, then fought against his country in time of war.

Their artistic creation during this period reflects both their anguish in the face of the violence and uncertainty of the time, as well as a resistance to the dark forces that had taken control of Spain and then all of Europe.

The war-era works displayed were complemented by the contemporary creation of more than twenty artists, which testify to the timeliness of this Spanish art in resistance.

The exhibition achieved record-breaking entrance numbers, and will be reproduced in Mexico City’s INBA museum, enlarging the scope to include and highlight Spanish republican exile in Latin America (dates TBC). 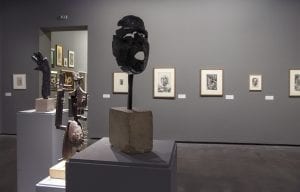 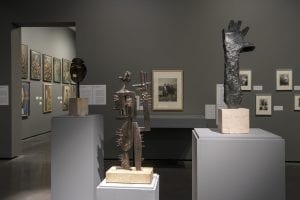 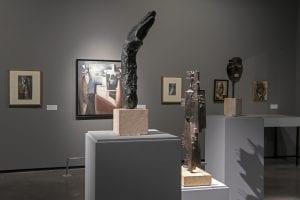 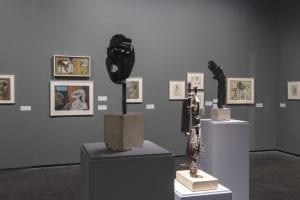 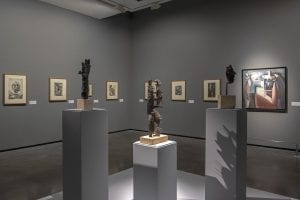