The Institut Valencià d’Art Modern (IVAM), considered today one of the most important modern art museums in Spain, celebrates its 30th anniversary in 2019.

This institution, inaugurated in 1989 in the presence of Queen Sofia, opened in large part thanks to a series of important donations of the artwork and archives of Julio, Roberta and Joan González.  These donations were made by the late Vivianne Grimminger and Carmen Martinez, previous right-holders of the González family.

The museum will be organizing several exhibitions over the course of the year to commemorate this important anniversary. 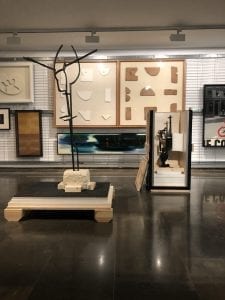