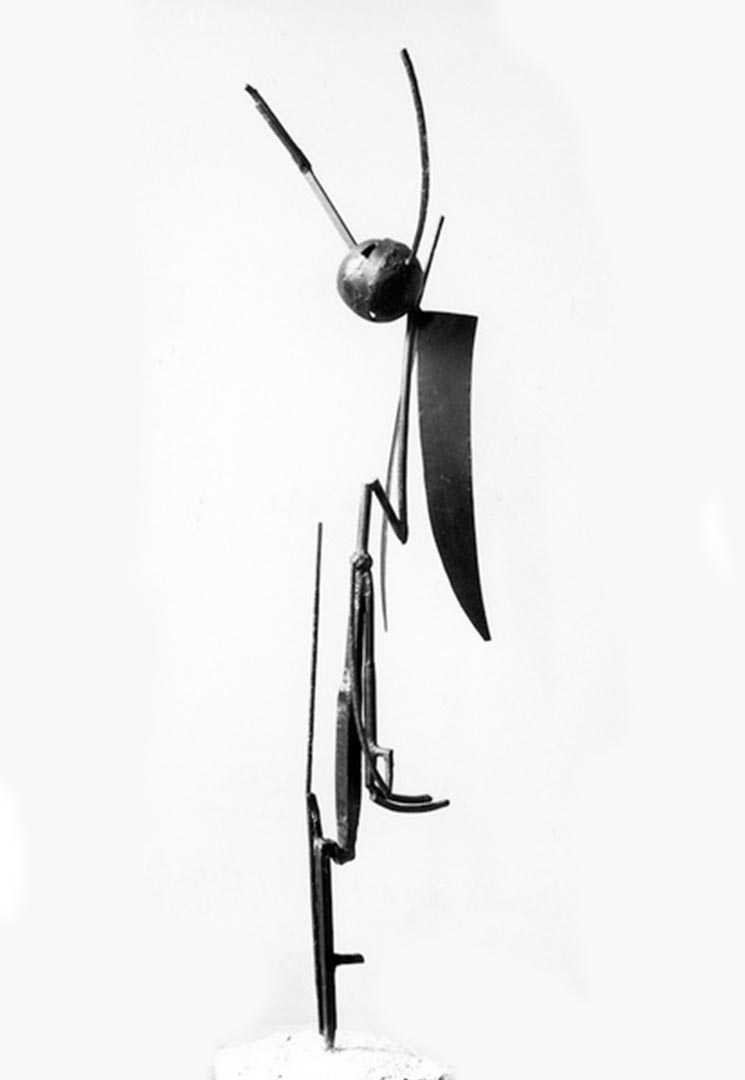 “THE ANGEL, THE INSECT, THE DANCER”

A large-scale linear sculpture representing the human body in movement

Known alternatively by the titles The Insect, The Dancer, or The Angel—this last title was attributed to Picasso—this work is the last of Julio González’s large-scale linear sculptures created in 1934 and 1935. A numbered series of 19 preparatory drawings allows us to follow his creative process through the definitive configuration of the sculpture. Though all the drawings of the series are far from a naturalistic representation, the point of departure for the work is certainly the human body, as is the case for González’s other linear sculptures of this period. In this case, the sculpture represents a ballerina, as indicated in the title of the sculpture. González concentrates his efforts on the dancer’s movement, evoking it in a schematic manner. The straight and broken lines he uses to do so recall certain notation systems of ballet movements.

From dancer to a hybrid, fantastical being

In his first drawings of the series, the structure of the figure consists of two equally sized spheres, one representing the articulation of the hips, the other representing the head. From the hips, come legs, and from the head, arms. The dislocation of the arms makes them resemble an insect’s antenna. The dancer’s body is inclined forward, and this movement is evoked through a zigzagged line. In the last drawings and in the definitive sculpture, the sphere of the hips is much smaller than that of the head, and the figure rises vertically, though the zigzag of the torso remains, and is duplicated by another zigzag in the legs. The iron bars in the lower half of the figure, crafted, forged and soldered with delight by the artist, change in thickness, and link in the middle through articulations that evoke the folded legs of a praying mantis. The figure appears to be preparing to jump up in the air. In the last drawings of the series, and in the definitive sculpture, González embraces the metaphor of the insect, adding wings whose inverted, ogival curve interplays with the two curved rods that suggest the movement of the legs. It is these wings that give the sculpture its characteristic image. From the figure of a ballerina, the sculptor manages to create a hybrid, fantastical being, full of references that evoke on the one hand, the world of insects, and on the other, the supernatural world.

Traces of a surrealist poetic

Insects appear frequently in surrealist painting in the 1930s, particularly in the work of Max Ernst or André Masson. In these years, González’s work is sometimes associated with surrealism. For example, his work is included in the exhibition Abstrakte Malerei und Plastik, presented at the Kunsthaus of Zurich in October 1934, which was dominated by Surrealist artists, notably Max Ernst. Even though in reality the Catalan sculptor never affiliated himself with any artistic movement, and kept his distance from surrealist circles, his mature production shows traces of humor and fantasy that can be related to a certain surrealist poetic. The Insect is probably the work in which these affinities are most evident. 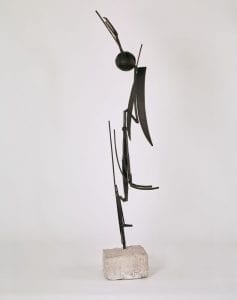 Translated from Spanish by Amanda Herold-Marme 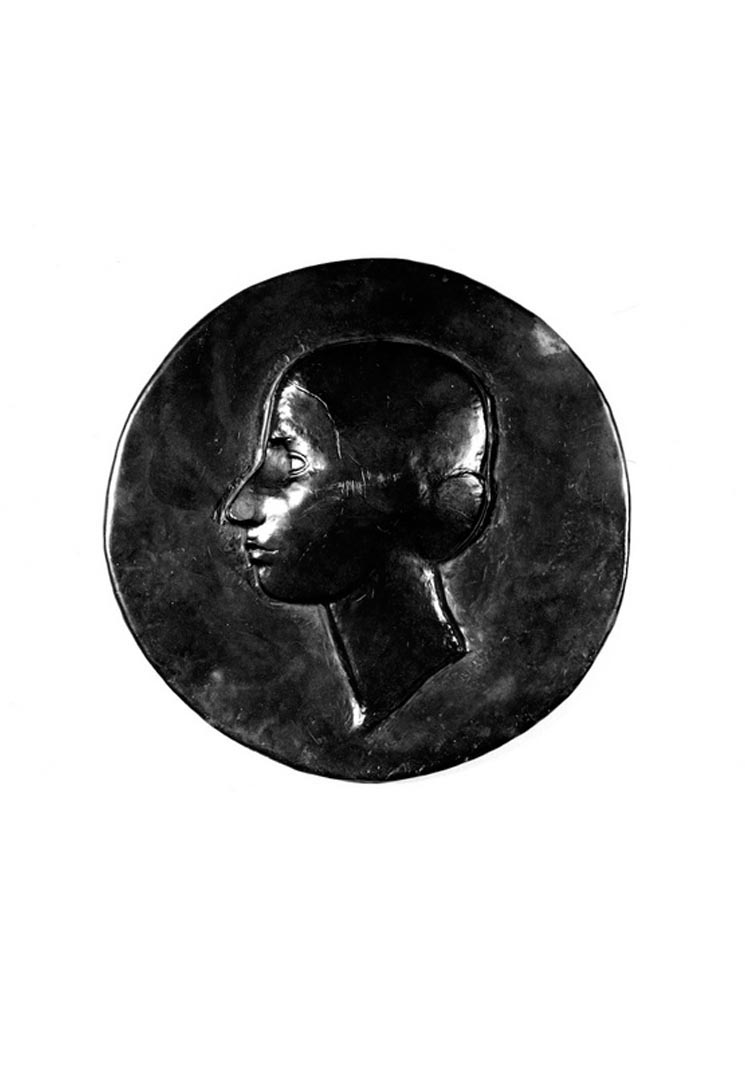 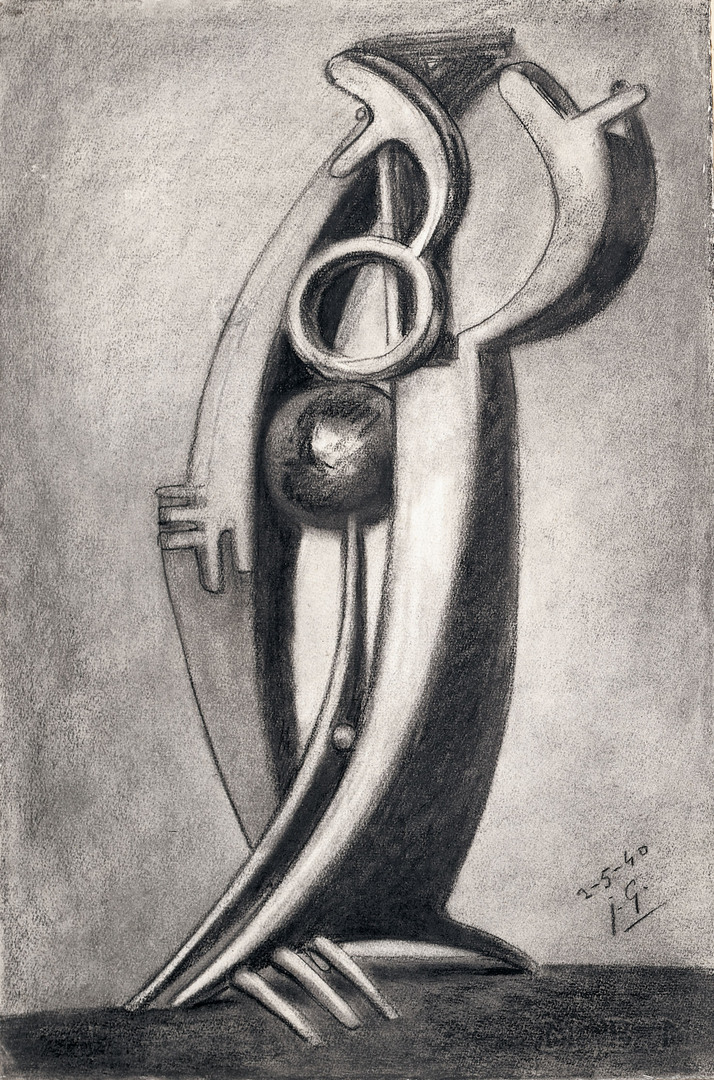 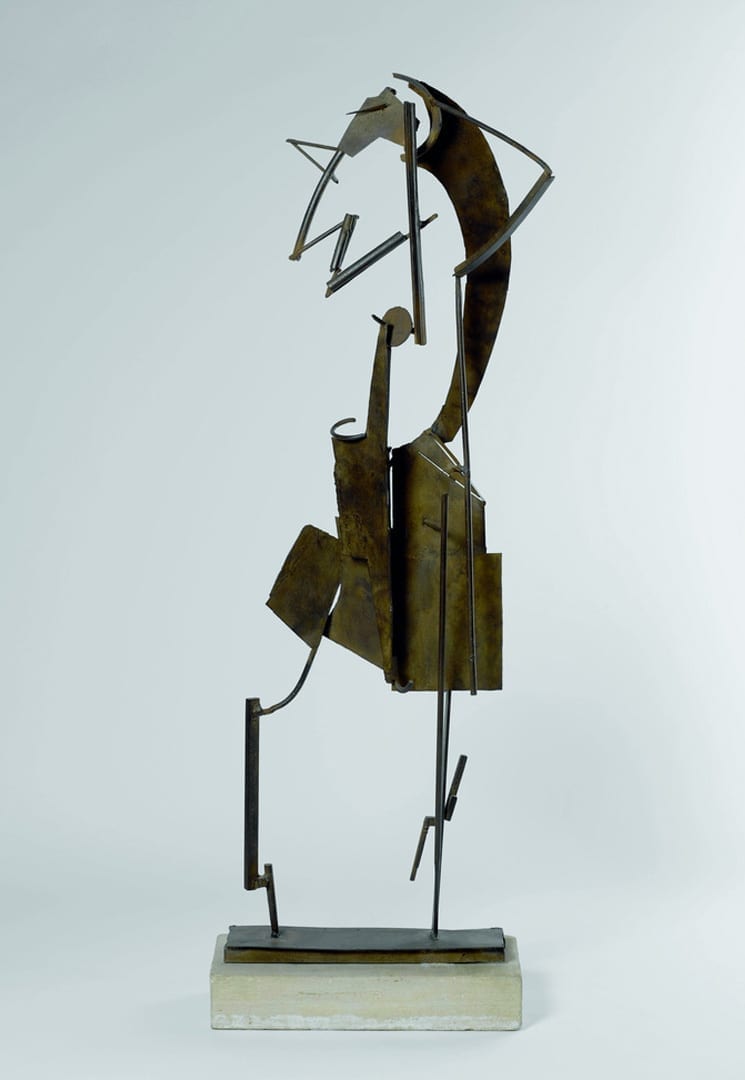 FEMME SE COIFFANT I – WOMAN COMBING HER HAIR I